The Stormtracks2022 conference took place in Oléron, France from 29th May to 3rd June. It hosted world leading climate scientists as well as three EDIPI PhD candidates, Mireia Ginesta Fernandez, Vinita Deshmukh (CNRS) and Jamie Mathews (ICL). This event allowed for the sharing of new ideas and research, collaboration across continents and created new social connections which has been dearly missed in the scientific community over the last few years. Gwendal Rivière (Vinita’s supervisor) was one of the organisers. 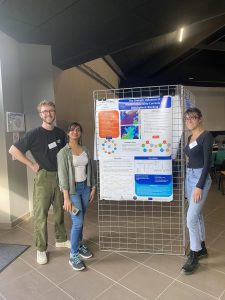 Ferran López Martí (UU) has presented his research on Euro-Atlantic atmospheric rivers, during the event organised by Uppsala university on the 20th of May, raising awareness for climate change issues. 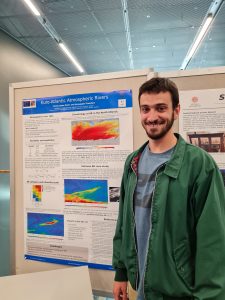 Mireia Ginesta Fernandez (CNRS) gave a seminar on the 26th of April as a young woman in climate science discussing her current research within the project. The title of her presentation was “A methodology for attributing extratropical cyclones to climate change: the case study of Alex 2020”. The seminar was held at the Faculty of Physics, University of Barcelona, Barcelona, Spain. 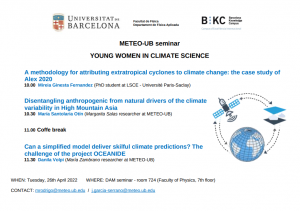 On the 28th of April 2022, ESR 7 (Anupama Xavier) participated in the ASGARD project, a balloon project organized once a year by Royal Meteorological Institute of Belgium (RMIB) for schools, allowing students to propose an experiment to be launched with a weather balloon. During the day, the participants were immersed in meteorology, astronomy, and space science via workshops and visits at the three institutes – RMIB, Royal Observatory of Belgium and Royal Belgian Institute for Space Astronomy.

Anupama presented a simplified version of her doctoral studies work to students from primary and secondary education. 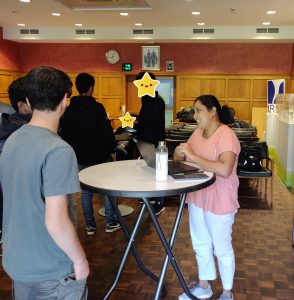